The more deeply and completely he immersed himself in LOVE, the more he saw and felt the physical illusion with all its rules and laws, as an impediment to the absolute experience of LOVE, to which he longed so desperately to return.

But then maybe it was not so much the physical experience he was having that was the impediment, as it was his experience in humanities hypocrisy?

For how could any being say they LOVE and cherish life and then continue to survive it in fear, abusing it, treating it with such utter disdain and contempt.

The knowing of the absolute nature of LOVE and Infinity had for him broken the spell cast by not just this illusion, but all illusions. His only question now; why stay? As he knew he was not real.

Was it because he is truly needed, to help others awake to this knowing or was his feeling of being essential merely another slight of the mind, a trick of the head performed by his ego?

Then he thought; what if others didn’t want to awake? What if they were having exactly the experience they wanted to have, who was he to shake them into unwanted awareness?

He thought on about his own knowing; what if he was wrong about everything in this illusion? But then he thought; even if he were wrong he would rather be wrong in his knowing of the absoluteness of Infinity and LOVE (although in no way could he fathom how that could be) then be right in this illusion of matter continuing on existing in fear, scarcity, pain, suffering, torture, self-loathing and isolation.

Then a voice without sound came to him;

Then he remembered a vision he had been given years ago; you can no longer alter the river’s course and if you try to swim upstream you will drown. The best that you can do is flow with the river. Gathering those of light and LOVE along the way, to reconvene at the bottom of the falls where the rebuilding will begin.

With that he decided; yes, for those like he, choosing the truth of light and LOVE, he should stay, it was his purpose; for their experience, he was needed.

And as he looked both inside and outside himself, shaking his spirit like a dirty rug in spring after a long hard winter, his ego was no where to be found; he now understood the message he had been given and the voice he had felt, was born of the infinite oneness that is Soul of all.

In his silent, still wanderings faraway from light of day, of LOVE is all he dreams and as each new dawn slowly breaks he prays the night stays forever late, for it is in the dark where quiet finds peace, his troubled spirit finds release from ego; the more he dies to the experience of fear and flesh, the more alive he becomes in the truth of LOVE and soul, closer, ever closer to no more he, returning to being the infinite WE…

“The Ego is a veil between humans and God’.”

Suddenly he awoke with the knowing that he was a servant of life’s eternal process whether he thought he was or not, as such is the absolute perfection that is LOVE; it was with that realization of the true nature of the sublime divine design of creation, that he understood how truly small he had been dreaming…

Came a voice that was his, but not…

You may feel some discomfort, but do not be frightened as you transition from being in body trapped in the shadow of fear you are not, to spirit freed in the light of LOVE you are, though the other side of your shift in states you cannot see.

Remember that as the snake sheds and molts it’s old dead skin that it’s new skin alive beneath may be released or as the caterpillar transforming from earthbound worm to heaven floating butterfly too feel some discomfort and for a moment as they pass from what they were to what they are, become blind as well.

Have faith in the LOVE you are re-becoming, as with faith in LOVE you need not know odyssey’s end for you embrace instead the endless journey and you need not sight to have vision for in LOVE the truth of Infinity is revealed…

The young soldier stood before the shards of broken glass, that cluttered battlefield ruin, starring, in them seeing the illusion of being that is both he and his reflection and it came to him; that within the heart of every man in human body form is a beast driven by the lie of fear raging always to war, feasting on the energy of his soul and an angel knowing the truth of LOVE longing ever to soar, nourishing the true nature of his spirit; in that moment he remembered freely he must fly. Laying down his arms he walked in divine grace from the life stained field of combat vowing never to return again… no never more, no never more, kill for you I won’t, die for you I will; he whispered over and over from his state of newly rediscovered bliss.

Absolute, unconditional LOVE is the only path to peace, to freedom of being…

LOVE blossomed and flourished in the garden of his eternal soul where the seeds of forgiveness, humility and gratitude had been sown… 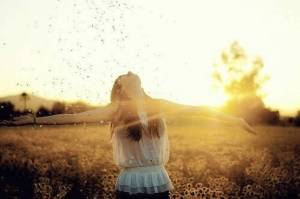 We stand timidly at edge of our shift in conscious dipping one toe beyond the edge of shadow of our fear, into the unknown that it is LOVE, but like little kids frightened to take the bandage off an old wound, we peel it back little by little tearing one hair out at a time, its excruciating for us all and worse than the pain is the anticipation, the expectation of the pain; we must now be like big boys and girls and rip the bandage off in one fell swoop so that the light of LOVE may be let in to finish the healing of our self-inflicted wounds it has already begun; it will only hurt a little while longer, then the joy of our experience as healthy more evolved loving beings will begin… ouch, all better now.

just LOVE…
Kip Baldwin
__________________________
“YOU are becoming a new species. The vibrations in and around you are increasing in speed. YOU are all adjusting to these higher dimensional energies (consciously and unconsciously). Without awareness of this process, you may feel lost, overwhelmed, anxious and hopeless. WITH A SHIFT OF CONSCIOUSNESS, YOU CAN THRIVE AS WELL AS CREATE YOUR FUTURE.” ~ Elaine Seiler, Your Multi-Dimensional Workbook: Exercises for Energetic Awakening

The rain does not fear or complain knowing that as it falls from the sky it will land upon the earth and dry, evaporating to rise once more to the blue to form clouds anew; then why should I be sad that I am born and will one day die, as such is the way of nature’s cycles, the way of life’s process; have faith in LOVE know that you too will rise anew…

just LOVE…
Kip Baldwin
_________________________________________
“Birth and Death are words we chose to describe the doorways in and out of a cycle. This cycle is connected to a larger cycle which awaits our return. It is all just like breathing. Remove the fear and judgement to recognize the same pattern as a principle everywhere.” ~ Franklin Gillette

Though the storm that raged around him his entire life had neither calmed, been quelled, nor ceased he had at last accepted fully what he had always known that it was in the embrace of Infinity, wrapped in the arms of LOVE that he would remember his truth, his bliss, his peace…

Love is when you have seen that you are not separate from Existence.

Love is not a relationship, love is a state of being.

In fear, one doubts. In love, one trusts.

Trust and you will feel a new overflowing energy. That energy is love. That energy wants to bless the whole existence. Because of this energy, one feels blessed.

Love is a deep desire to bless the whole Existence.”
~ Swami Dhyan Giten